The City of Pittsburgh created a large park for the common area of the North Shore of the Allegheny River in Downtown Pittsburgh in conjunction with the construction of two new major league stadiums. The plan called for a large water feature that stepped down the bank from the promenade to the waterfront path.

The water feature was designed to accommodate people entering the water as is common in public venues. Large limestone blocks were used for the finishes to the fountain basins and the water flow can be varied from a light flow to a heavy cascade. Each stone was individually sized and documented to provide for the desired flows.

Since the fountain terminates at the river’s edge, the design had to allow for the occasional flooding that occurs. 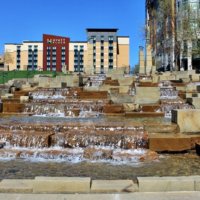 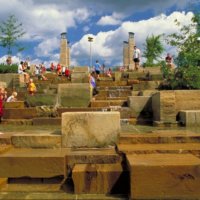 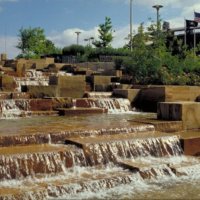 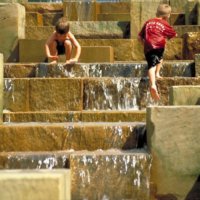 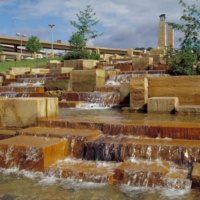 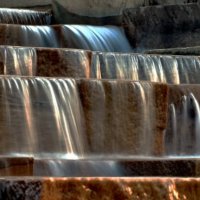