The renovation of the Four Seasons Biltmore was commissioned under the exacting standard of the resort’s own reputation. With its lush gardens, ocean overlooks, and recreational opportunities, the Biltmore was in need of a landscape that would cement its stature as one of the premier destinations on the west coast.

The swimming pool was designed in a classic shape to provide the impression that it had been in existence as long as the hotel. The design called for a custom white pearlescent tile finish, underwater sound and no apparent pool fittings at the deck. The entire deck is paved in sandstone and two 200 sq. ft. spas were added to the pool area.

A novel approach was taken with the surrounding pool wall which by code had to be 5’ high. By adding a water feature moat around the perimeter, the fence was lowered by 1 foot, allowing a view of the pool area from the adjacent rooms. 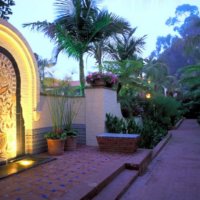 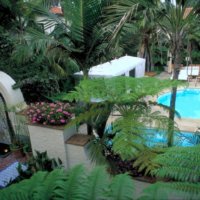 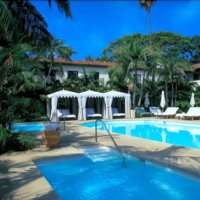 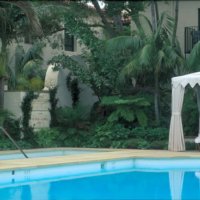