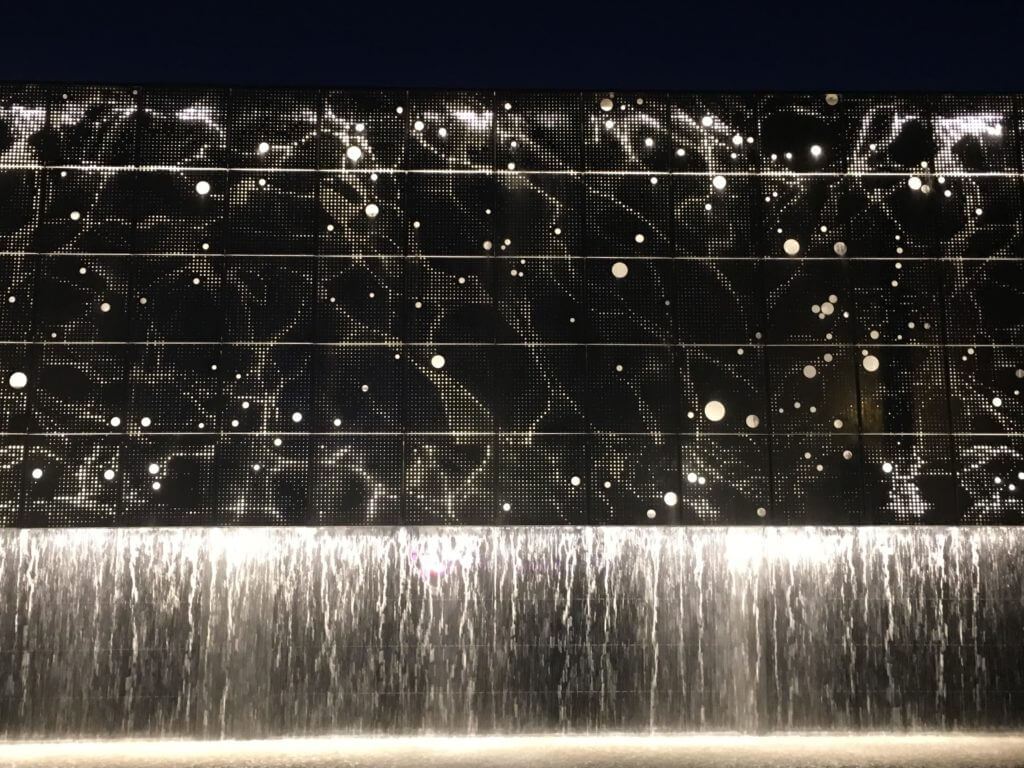 The history of San Antonio, Texas began along the banks of San Pedro Creek. The indigenous people of Texas are believed to have lived along the spring-fed creek for over 10,000 years. The water emanates from the Edwards Aquifer through a fault at the base of a limestone bluff between the Austin chalk limestone and the Pecan Gap chalk.

By 1680 the Spanish had begun to fear French expansion into lands claimed by Spain, and between 1709 and 1722 several Spanish expeditions, made their way across Texas. These explorers realized the plain below San Pedro Springs was a strategic spot for a stronghold against French incursion. Father Isidro Felix de Espinosa, one of the leaders of an expedition in 1709, gave the Springs their name and provided the first known description:

“We crossed a large plain in the same direction, and after going through a mesquite flat and some holm-oak groves we came to an irrigation ditch, bordered by many trees and with water enough to supply a town. It was full of taps and sluices of water, the earth being terraced. We named it agua de San Pedro.”

On May 1, 1718, a Franciscan missionary, Antonio de San Buenaventura y Olivares, broke ground just west of the springs to establish Mission San Antonio de Valero, which was later moved to its final location on the banks of the San Antonio River. It became known as the Alamo, and the shrine of Texas liberty.

“To the people of San Antonio it is a perpetual delight, a constant treasure, of which they speak almost reverently. The San Pedro is commonly known as a creek, but has many a beautiful nook along its banks; and in one of them, called “San Pedro Springs,”

The Trust for Public Land lists San Pedro Springs Park as the oldest park in Texas, and one of the oldest city parks in the country.

Throughout the rich history of the city of San Antonio and the following growth and development, San Pedro creek has always been central to survival in the region. However, due to channelization and straightening, the creek became uncontrollable. The flood of September 1921 caused so much destruction and loss of life, the San Antonio River Authority and the United States Army Corps of Engineers devised a plan to construct underground bypass tunnels for both San Pedro Creek and San Antonio River, changing the course of these vital resources for all time.

At the headwaters of the park, Waterline Studios helped develop a water feature that utilizes water from the creek to provide a dynamic backdrop to the space and the start of the 2.2 miles of trails along the revitalized creek. The feature also helps to enhance water quality in the flood control tunnel by circulating the water in the tunnel.

The water effects start at a stainless steel waterwall that utilizes laser cut panels that are backlit. The day and night effects are completely different. At night the patterns of the wall recall celestial constellations and are an adaptation of previous projects using perforated stainless sheets with lexan backing. This water flows to the restored creek bed and creates the flow through the project.

A second source of water is introduced in an upper plaza through a ‘manantial’, or spring. This source flows through a small channel that connects with a series of ever wider pools with slot weirs that funnel the water through monolithic stepping stones.  The composition provides for close interaction between the public and the water elements.

Other elements along the creek include a 40’ length of filigree weir and a stepped pool descending along the ramp from an upper level.

You can learn more about this project and the history of San Antonio at the project website: https://www.spcculturepark.com/