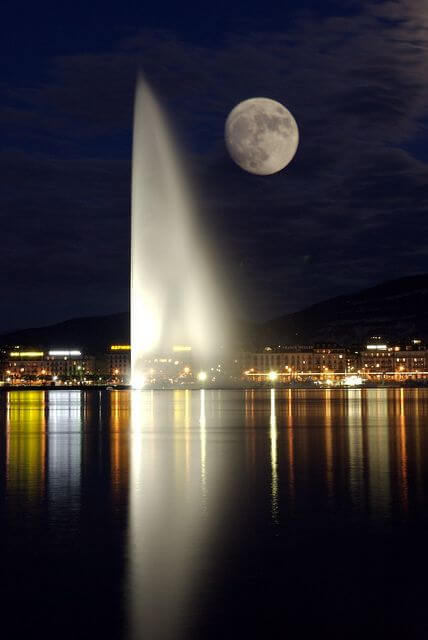 Tall fountains have been around for a long time, and many have claimed to be the tallest. Early jets used for high displays were typically made of bronze and were of the standard smooth bore design. As technology progressed, nozzles were designed for more dramatic heights and greater visibility.  The very tallest fountains in the world are as follows:

The fountains at Burj Khalifa in Dubai are able to reach 490’ but utilize Wet’s Super Shooters, powered by air.  The tall fountains mentioned above all have one thing in common, the jet they use was developed by Sulzer to deliver water to these heights though an annular nozzle.

The earliest information on nozzle design for fountains that we can find was in 1867 by Thomas Box titled Fountain Jets, etc.

In 1889, John Freeman presented a paper on Fire Streams that had developed in a number of tests to find the ideal shape of firefighting nozzles. This paper is a basis of many nozzle design experiments that have come afterward.

In 1970, the British Hydromechanics Research Association issued a paper based on a commission to develop a High Performance Water Nozzle for the Captain Cook fountain in Canberra, Australia.  The fountain was inaugurated in 1970. The paper describes the testing of various nozzle shapes to operate under a flow of up to 6000 gpm and 550’ of head.  The nozzle that was developed was a smooth bore jet, but tests were done on a version that was annular in arrangement and allowed air into the core of the jet.  The nozzle that was installed was the smooth bore, but later versions were of the annular design. 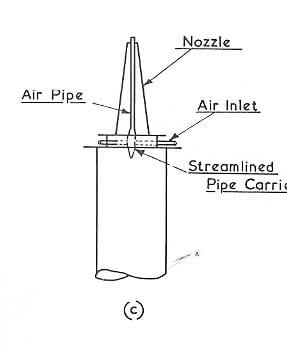 Some years ago, when working in Louisville, we found that a fountain of the Sulzer manufacture had been donated to the city to place in the Ohio River. After a number of years of expensive maintenance the city mothballed the fountain and sold it to a scrapper. We found the fountain still floating and docked in the river some miles downstream from Louisville. After about 15 years we contacted the owner and obtained the jet this year. This jet is now available for use on a project and is in the possession of Fountain Supply Company in Santa Clarita, California. The jet is being refurbished and is available for use in new projects.  The estimated flow rate for this jet is 5000 gpm @ 500’ tdh. 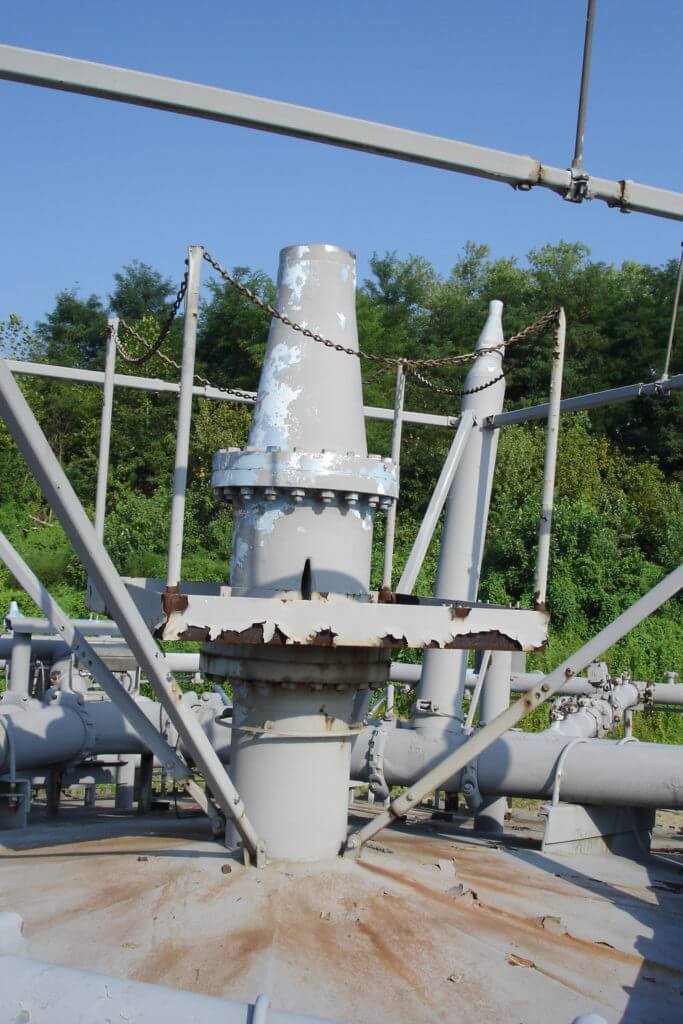 Waterline Studios has accumulated an extensive library on large jet design, contact us for more details.